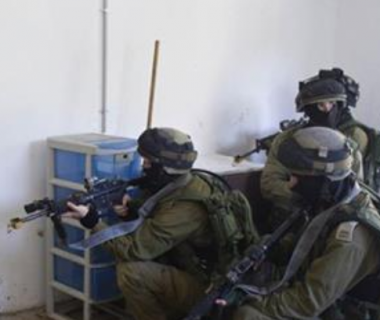 The soldiers also invaded the home of Faisal Adeeb Nazzal, in Qabatia, in an attempt to abduct him, but he was not at home, and the soldiers detained his sons for more than three hours, at the Mabo Dotan military base, southwest of Jenin.

In addition, the soldiers installed many roadblocks near various villages and towns in Jenin governorate, stopped and searched many cars, and interrogated dozens of Palestinians while inspecting their ID cards.

On Tuesday evening, the soldiers installed an electronic military gate and a watchtower at the entrance of Tal Romeida neighborhood, in the center of Hebron city, in the southern part of the occupied West Bank.