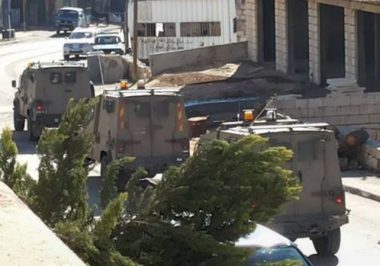 Dozens of Israeli soldiers invaded, on Monday at night, the towns of al-Khader and Artas, south of Bethlehem in the occupied West Bank.

Media sources said the soldiers surrounded the two towns, and fired many flares before invading them.

They added that local youngsters protested the invasions and hurled stoned and empty bottles at the military jeeps, while the soldiers fired gas bombs, rubber-coated steel bullets and several rounds of live ammunition.

There have been no reports of injuries, or abductions, and the military later withdrew from the two towns.

The soldiers also invaded and searched several homes in the two towns.