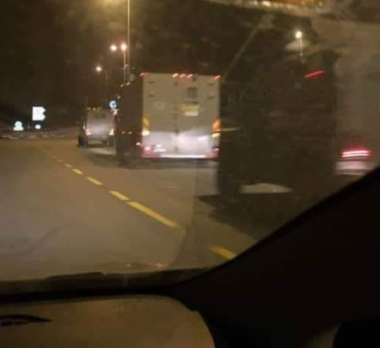 Media sources said many army jeeps invaded the town from several directions, and installed roadblocks on all roads leading to the town.

They added that the soldiers stopped and searched dozens of cars, and interrogated many Palestinians while inspecting their ID cards.

The soldiers drove around many neighborhoods in the town, which remained closed and isolated at the time of this report.

There have been no reports of injuries, or abductions among the Palestinians in the isolated town.

In related news, the soldiers closed the iron gate at the Wadi Sa’ir road, north of the northern West Bank city of Hebron, and prevented the Palestinian from crossing.

Many Palestinians were unable to drive back to their homes, while dozens of soldiers were also deployed in the area.