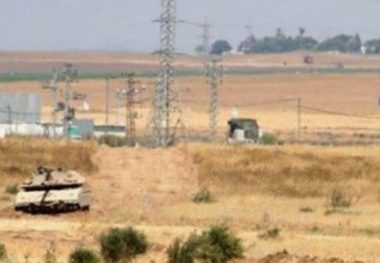 A few armored Israeli army vehicles, including bulldozers, invaded Palestinian lands, east of Jabalia, in the northern part of the Gaza Strip, and bulldozed several sections while firing live rounds to force the Palestinians away.

Media sources said the invading vehicles came from Abu Safiyya military base, across the perimeter fence.

They added that the soldiers advanced dozens of meters into the Palestinian lands, and bulldozed several sections, in addition to installing sand hills, while sporadically firing rounds of live ammunition.

The soldiers carry out repeated invasions and violations against the Palestinians and their lands, near the perimeter fence in the northern and eastern parts of the coastal region.