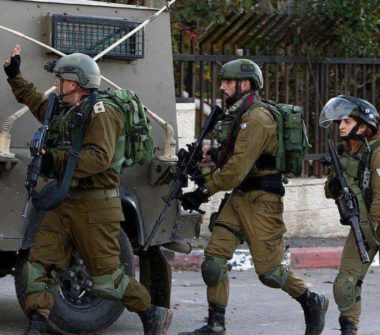 Media sources said dozens of heavily armored soldiers invaded the village, and stormed many neighborhoods, before Palestinian youngsters protested the invasion, and hurled stones at the invading forces.

They added that the soldiers fired rubber-coated steel bullets, gas bombs and concussion grenades at the protesters.

Medical sources said two Palestinians were shot with rubber-coated steel bullets, before being moved to a hospital in Ramallah, and several others suffered the effects of teargas inhalation.

The Israeli invasion took place while the soldiers bulldozed and destroyed a road connecting Kobar with Beitillu nearby village.