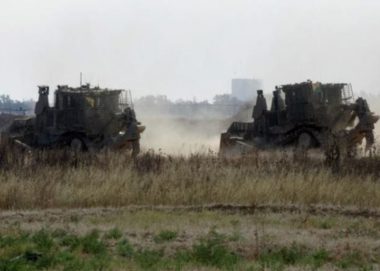 They added that the army bulldozed sections of the invaded lands and installed sand hills, near the perimeter fence.

In related news, the soldiers fired many gas bombs at Palestinian shepherds, east of Khan Younis, in the southern part of the Gaza Strip.