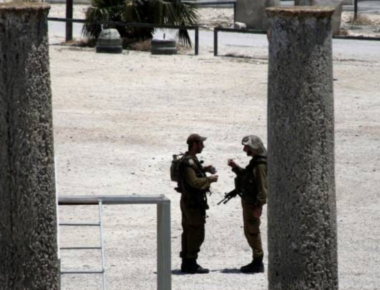 Mohammad Azem, the mayor of Sebastia, said the soldiers invaded many neighborhoods in the town, and fired gas bombs and rounds of live ammunition, to force the Palestinian away, leading to protests.

Azem added that the soldiers have been constantly invading the town, especially since the local council started implementing its tourism project near its archeological site.

Israel has been threatening to demolish Palestinian structures, installed by the local council near the archeological site, while the military has been frequently invading it to accompany groups of illegal colonialist settlers into the area.