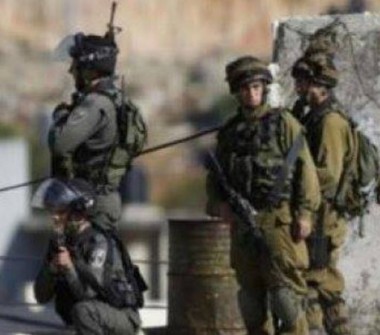 The Palestinian Prisoners Society (PPS) has reported that Israeli soldiers kidnapped at least 41 Palestinians, in different parts of the occupied West Bank, including Jerusalem, in extensive invasions into Palestinian communities, and violent searches of homes.

The PPS said the soldiers kidnapped five Palestinians in the Hebron district, in the southern part of the West Bank.

The soldiers also invaded several towns in the Ramallah and al-Biereh district, in central West bank, and kidnapped five Palestinians, after storming and searching their homes.

Two Palestinians, identified as Monir Naim Adwan, 30, and Majd Ata Ali, 20, were kidnapped in the northern West Bank district of Tulkarem, while Amir Hashem Qadous was kidnapped in Nablus.

Also on Wednesday, the soldiers demolished a home In Qalandia, north of Jerusalem, Injured 8 Palestinians and Kidnapped One

The soldiers also kidnapped 25 Palestinians, including eighteen children, in massive invasions and searches of home, in occupied Jerusalem.