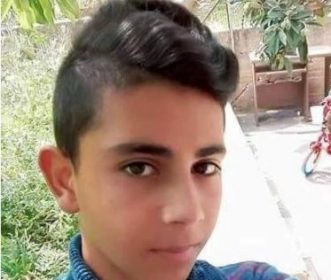 Israeli soldiers invaded, late on Wednesday at night, Kafr ed-Deek town, west of the central West Bank city of Salfit, and kidnapped a child from his home.

It is worth mentioning that, a month ago, the soldiers invaded the same property, and kidnapped Amro’s brother, Zahi, who is still under interrogation.

On Wednesday evening, a Palestinian man, identified as Maher Ali Ra’ey, 50, was released after spending 13 years in Israeli prisons and detention centers.