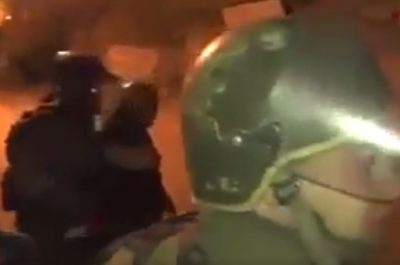 In addition, the soldiers invaded Beit Fajjar town, south of Bethlehem, before breaking into the homes of Ahmad Yousef Taqatqa, and Essam Thawabta, and violently searched them.

The soldiers also distributed leaflets threatened to impose further collective measures on the residents if they “hurl stones on settlers’ cars, or participate in protests.”