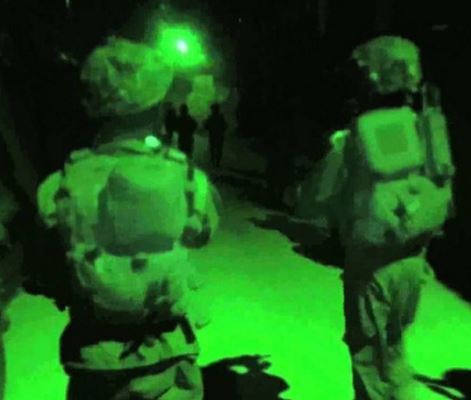 The Hebron office of the Palestinian Prisoners Society (PPS) said the soldiers also kidnapped one Palestinian, identified as Bajes Mohammad Abu Ghayyala, from his home in Beit Awwa town, south of the city.

It added that the soldiers also invaded the home of a journalist, identified as Lama Khater, in Hebron city and initially wanted to abduct her, but she insisted that she will not leave her infant behind, and the soldiers instead handed her order for interrogation in Etzion military base and security center.

The army also invaded several neighborhoods in Halhoul city, north of Hebron, and summoned one Palestinian for interrogation in Etzion.

In addition, the soldiers invaded Um ash-Sharayet area, in the Central West Bank city of Ramallah, and kidnapped a young man, identified as Mazen Ramadan, after searching his home.

Another Palestinian, identified as Netham Bisharat, was kidnapped from his home in Tammoun village, in the central West Bank district of Tubas.

In Bethlehem, the soldiers invaded the city and searched the home of Sabri Ismael Abed-Rabbo, 25, and kidnapped him.

In Salfit, the soldiers detained a young man for several hours, and invaded the home of detainee Omar al-Abboushi, before violently searching it.

In the Zawiya village, near Salfit, the soldiers invaded the family home of Abdul-Rahman Raddad, who was killed by the Israeli army earlier this past March, searched the property and interrogated the family, before handing them a demolition order against their property.

The soldiers also handed a demolition order against the home of detainee Omar al-‘Abboushi, who was kidnapped on May 30th 2016.