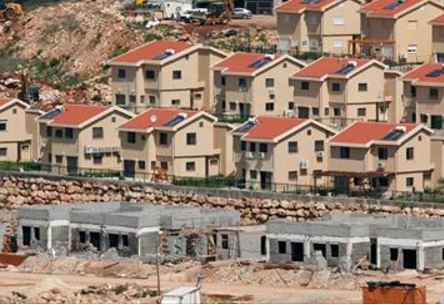 The Israeli government of Benjamin Netanyahu and its “Housing Ministry” are planning the construction of new colonialist residential units for Jewish settlers in the heart of Hebron city, in the southern part of the occupied West Bank.

Israeli daily Haaretz has reported that, a few months ago, former Defense Minister Moshe Ya’alon authorized the construction of the new colony, in area H2 of Hebron, under full Israeli control.

Describing it as “only a handful of homes,” Haaretz stated that the plan calls for building the constructions in an area where the Mitkanim military base currently stands, located between the “Jewish Neighborhood” (Avraham Avinu colony) and the Shuhada Street.

Israel is alleging that the land, where the new construction is planned to take place, “was inhabited by Jewish families prior to the establishment of Israel.”

It remains unclear the number of units and the exact size of the new illegal colony, while the area of the military base in question is nearly two Dunams (0.49 Acres).

Less than two weeks ago, the Hebron Construction Committee revealed to Maan News Agency that a number of illegal Israeli colonists installed a new outpost in the old bus station area, in the center of Hebron city, close to the Beit Romano outpost that was illegally established in property belonging to Osama Bin al-Monqith school, in Hebron.

Emad Hammad, the head of the Hebron Construction Committee, told Maan that the colonists added twelve new mobile homes in the yard of the old bus station, which was illegally occupied by the army in the 1980’s, and was used as a military base.