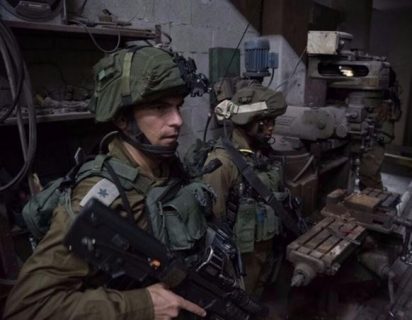 Israeli soldiers kidnapped, on Friday evening, two Palestinian teenagers from the town of al-Yamoun, west of the northern West Bank city of Jenin.

Eyewitnesses said the soldiers stopped the two teenagers while walking near the  Salem Israeli military base, west of Jenin, and abducted them.

The kidnapped teenagers have been identified as Ali Ramzi Samara, 17, and Rami Maher Samara, 17.

Also on Friday evening, the soldiers invaded the town of Beit Ummar, north of the southern West Bank city of Hebron, fired many gas bombs, including a new type of smokeless bombs, and rubber-coated steel bullets, wounding many Palestinians, and kidnapped a teenager.

It is worth mentioning that the soldiers shot and killed young Palestinian man, and injured a woman, after opening fire on their car, close to the entrance of Keryat Arba’ colony, in Hebron city, in the southern part of the occupied West Bank.