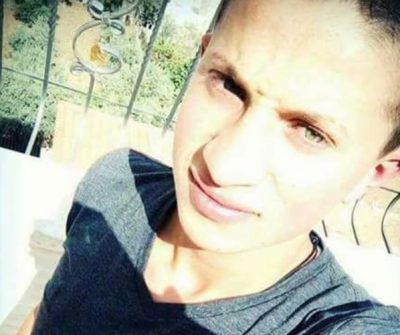 Israeli soldiers shot and killed, on Monday evening, a Palestinian child at the Container military roadblock, near Bethlehem, reportedly after he attempted to stab them.

Palestinian medical sources have confirmed that the slain child has been identified as Raed Ahmad Radayda, 15, from the al-‘Obeydiyya town,  east of Bethlehem.

The Israeli army claimed that the child ran towards the soldiers while carrying a knife, and after a short scuffle, the soldiers shot and killed him. The army did not report any injuries among the soldiers.

Red Crescent medics rushed to the roadblock, but the soldiers prevented them from approaching the wounded child, who bled to death.

His family said they were searching for him after he went missing in the afternoon, until they were officially informed of his death at night.