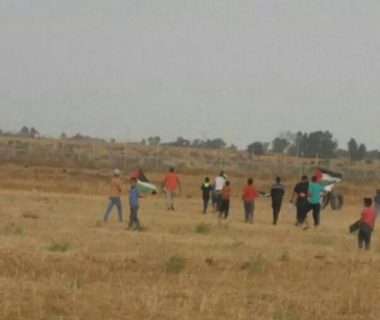 Medical sources said the young man, in his twenties, suffered a moderate injury after the soldiers shot him with a live round in his right leg.

The wounded young man, from Um Hosniyya area, east of the al-Boreij refugee camp, was moved to the Al-Aqsa Hospital, in Deir al-Balah.

The young man was shot by soldiers, stationed across the border fence, after the army started firing at many residents, marching in solidarity with the Palestinian detainees, ongoing with their hunger strike for the 36th day.