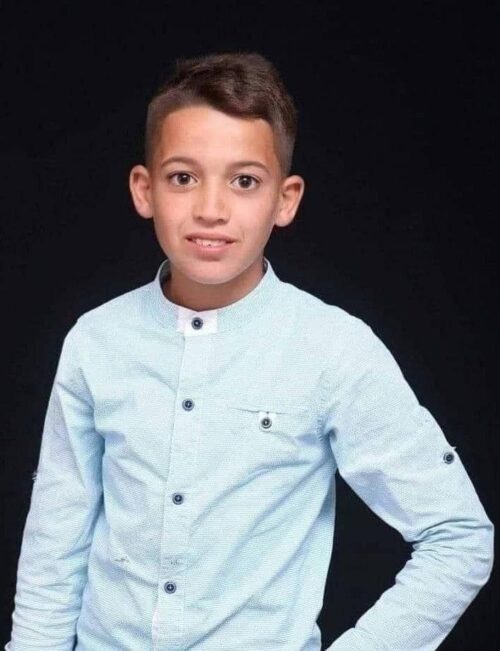 Israeli soldiers shot and killed, Friday, a Palestinian child in the al-Mughayyir village, northeast of the central West Bank city of Ramallah.

He added that the soldiers shot Ali Ayman Abu Alia, 14, with a live round in the abdomen, before Palestinian medics rushed him to Palestine Medical Complex in Ramallah, where he was immediately sent to surgery, but succumbed to his serious wounds despite all attempts to save his life.

Abu Alia also stated that the soldiers shot four young Palestinian men with rubber-coated steel bullets, and caused many others to suffer the effects of teargas inhalation.

Nickolai Mladenov, the United Nations’ Special Coordinator to the Middle East, called for a credible and independent investigation into the death of the child.

In a tweet, the UN official said, “Israel must swiftly and independently investigate the shocking incident,” and added that “Children enjoy special protection under International Law, and must be protected from violence.”

The Office of Palestinian President Mahmoud Abbas denounced the slaying of the child, and said that this incident is part of Israel’s continued brutal and criminal violations against the Palestinian people, especially the children.

It also called on the international community to provide protection to the Palestinian people, and to ensure the establishment of an independent, contiguous, and sovereign Palestinian state, with East Jerusalem as its capital.