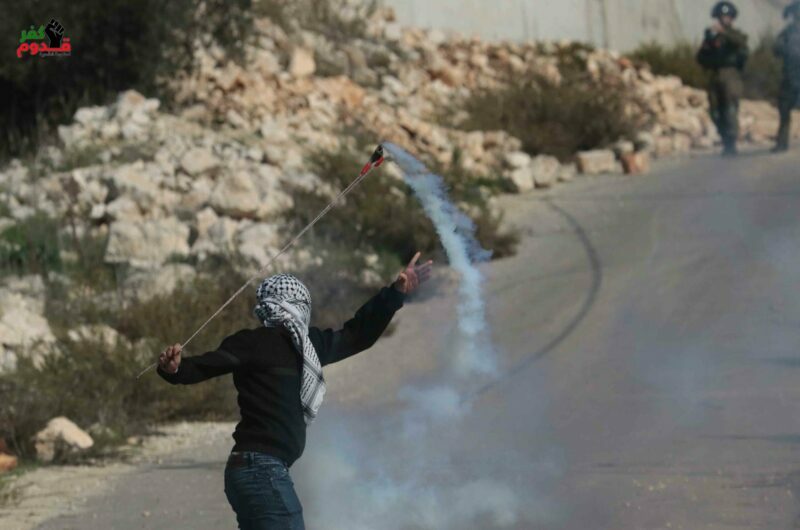 The Coordinator of the Popular Resistance in Kufur Qaddoum, Morad Eshteiwi stated that a large army force charged the village, invading Palestinian civilian’s rooftops to fire tear-gas canisters at the civilians below, causing a number of suffocation cases.

All inhalation injuries were treated at the scene.

Palestinians from the village and surrounding areas have been protesting the closure of the main road, by the Israeli occupation authorities, in 2003. The road, no longer accessible to Palestinians, is now exclusively used by illegal Israeli settlers from nearby colonies.

Furthermore, demonstrators gather every Friday to reject the occupation’s continued settlement expansion in the occupied territories, illegal under international law.

In related news, Palestinian child, on Friday, was shot by Israeli forces with a live round in the abdomen, he later died of his wounds. The boy, 13, was participating at a peaceful demonstration in the al-Mughayyir village, central West Bank.

Photos and Videos by: Kufur Qaddoum

[Photo: A Palestinian young man uses a slingshot to propel a tear-gas canister back to the Israeli soldiers who fired it/Kufur Qaddoum]