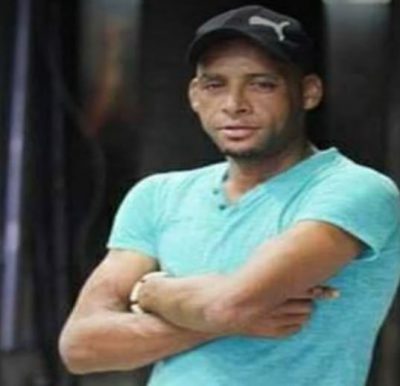 Israeli soldiers killed, on Thursday at dawn, a young Palestinian man in the center of Jericho city, in the occupied West Bank, after shooting and repeatedly assaulting him.

The Palestinian, identified as Yassin Omar Saradeeh, 33, heard a commotion at his uncle’s house, and rushed to see what was going on, before the soldiers ambushed and shot him, then continuously beat him up, including with their rifles.

The army abducted the Palestinian, and several hours later, said that he died from his wounds.

Ismael al-Masri, Yassin’s brother-in-law, said the slain Palestinian rushed to his uncle’s house, identified as Khamis Hattab, before a group of soldiers jumped at him, and started beating him up on various parts of his body, including his stomach and back, and dragged him away.

The head of the Palestinian Prisoner’s Society in Jericho, Eid Barahma, said the soldiers informed the family of Saradeeh about his death on Thursday at dawn, and added that the young man was continuously assaulted by the soldiers, before he was dragged into a military vehicle.

Palestinian Ministry of Detainees Issa Qaraqe said Saradeeh was assaulted the moment he was shot and captured by the soldiers, who continued to beat him up despite his wounds.

It is worth mentioning that a surveillance video of the attack shows the muzzle flash the moment the soldiers jumped at the young, just before they beat him up.

Israeli Ynet News said the soldiers “were operating in Jericho, when the man came running towards them, before being shot.”