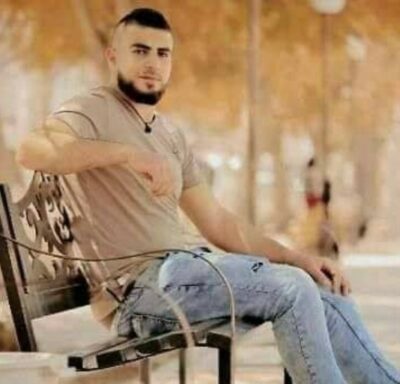 On Wednesday evening, Israeli soldiers killed a young Palestinian man and injured at least six, including three who suffered serious wounds, during protests that took place after many army jeeps invaded Ya’bad town, southwest of Jenin, in the northern part of the occupied West Bank.

Media sources said at least thirty military vehicles, including armored bulldozers, invaded the town before the soldiers stormed homes and occupied their rooftops to use them as firing posts and started to demolish a home.

The sources added that dozens of Palestinians protested the invasion and hurled stones at the soldiers who fired a barrage of live rounds, rubber-coated steel bullets, and gas bombs. 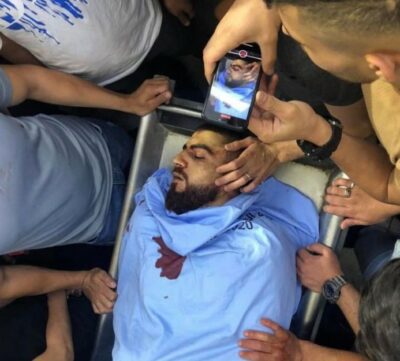 The Palestinian Health Ministry said the soldiers shot Bilal Awad Kabaha, 24, with live rounds in the chest and thigh.

It added that the young man was rushed to Jenin governmental hospital in critical condition but died from his wounds.

The Health Ministry stated that the army shot six Palestinians with live rounds, including three who suffered life-threatening wounds after being shot in the neck, face, and abdomen. 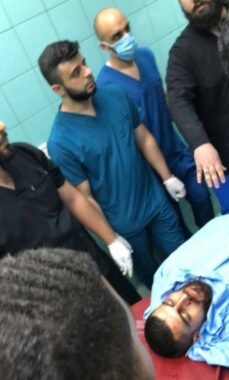 During the invasion, the army fired many gas bombs at homes and buildings, causing many Palestinians to suffer the effects of tear gas inhalation.

The invasion was conducted to demolish the home of Dia’ Hamarsha, 27, who was killed by an Israeli police officer, on March 30, 2022, after allegedly shooting to death five Israelis in a suburb of Tel Aviv.

Earlier Wednesday, the soldiers killed a Palestinian woman, Ghofran Haroun Warasna, 31, at the entrance of the al-‘Arroub refugee camp, north of Hebron, in the southern part of the occupied West Bank.

Also Wednesday, the Palestinian Health Ministry in Gaza said a young man, Yasser Atiya al-Masri, 41, from Deir al-Balah in central Gaza, died from serious wounds he suffered during the Israeli offensive on Gaza on May of last year, 2021.

The Palestinian was receiving treatment in Egypt when he succumbed to his serious wounds.