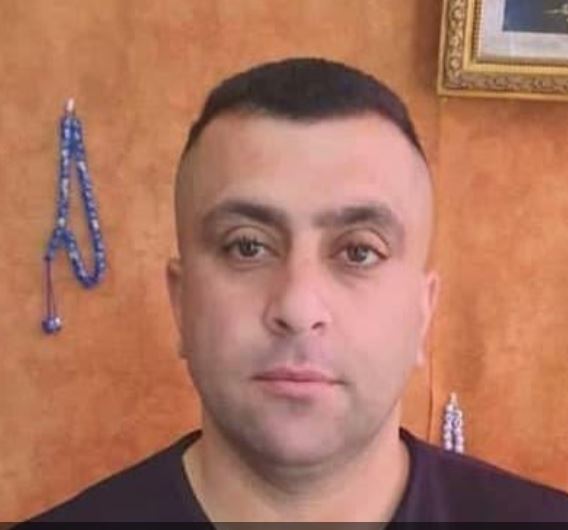 Israeli soldiers killed, on Wednesday evening, a Palestinian man while driving through the Za’im military roadblock, east of occupied Jerusalem. The army claimed the man tried to ram the soldiers with his vehicle.

The Palestinian, identified as Nour Jamal Shqeir, 37, was moved to Hadassah Israeli medical center in Jerusalem, apparently suffering multiple gunshot wounds in the abdomen area, and died from his serious injuries.

After his death, the soldiers summoned his father and brothers for interrogation at the al-Maskobiyya facility in West Jerusalem.

The Israeli army claimed the man attempted to ram the soldiers with his vehicle at the roadblock, an allegation that was vehemently denied by his family.

His brother said Nour works in transportation, and due to the nature of his job, he has to cross through various military roadblocks.

Attorney Mohammad Mahmoud of Wadi Hilweh Information Center in Silwan (Silwanic) said the army is still refusing to transfer Nour’s body back to his family.

He added that the police interrogated Nour’s father, along with his two brothers.

Jamal, the father, told Silwanic that he and his sons headed to Za’im military roadblock after hearing the news about the shooting, and parked his vehicle on the other side of the terminal after the soldiers refused to allow them to cross. “I saw videos of the incident, and I could see my son’s vehicle after various videos were posted on social media networks,” he said, “However, we were met by dozens of soldiers, intelligence officers, who ordered us to leave, and that is when I saw my son’s vehicle riddled with bullets, just meters away from the roadblock.”

“Israeli intelligence officers inspected my ID card, and that of my son, Yahia, before they abducted him,” Jamal stated, “I was then ordered to head to al-Maskobiyya for interrogation, and after heading there, they refused to give me any information about Nour.”

The father and his two sons were separately interrogated for several hours, before they were released.

Silwanic stated that Jalal and Yahia are former political prisoners, who were abducted in the year 2013, and were sentenced to 26 months in prison, in addition to being forced to pay fines after an Israeli court “convicted them of throwing stones at the soldiers and a bus transporting colonialist settler, wounding one of them.”

Their father was abducted later in the same year while visiting his sons in Eshil prison after the soldiers claimed he was trying to smuggle a cell phone sim card into the facility.

He was later released but was denied visits with his detained sons, in addition to being banned from returning to his home, for several months.

Commenting on the fatal shooting, Jerusalem Governor Adnan Gheith, said the soldiers killed Nour in cold blood, as there was no reason to fire these shots.

He added that Israel’s military roadblocks are notorious for such incidents, especially since the soldiers are always fast in resorting to fatal shots without being subject to any physical danger.

On November 4, the soldiers Bilal Adnan Rawajba, 29, while driving his car near the Huwwara checkpoint, in the northern part of the West Bank. Bilal was a married father of an infant girl, only three months of age.

On October 25, the soldiers killed a Palestinian child, identified as Amer Abdul-Rahim Snobar, 16, from Yitma village, south of the northern West Bank city of Nablus.

Snobar was killed when the soldiers repeatedly struck and assaulted him, after they had chased his car and opened fire at it, on the main Ramallah-Nablus road, in the occupied West Bank.

On October 5th, the soldiers killed Samir Hmeidi, 28, from Beit Lid, in Tulkarem, in northern West Bank, when he was crossing a military roadblock.