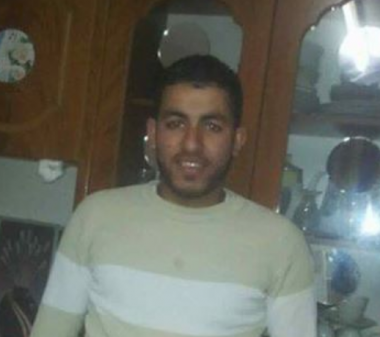 Israeli soldiers shot and killed, on Friday afternoon, a young Palestinian man at the junction of Gush Etzion Israeli colony, south of the West Bank city of Bethlehem, after the soldiers alleged that the man “attempted to stab them.”

The Palestinian has been identified as Abdullah Ali Mahmoud Taqatqa, 24, from Marah M’alla town, east of Bethlehem.

The Israeli military said the soldiers “neutralized” the Palestinian,” after he attempted to stab them.

The term is also largely used by various Israeli media agencies, and is frequently adopted by pro-Israel news agencies, and reporters.

An eyewitness told the Maan News Agency that the Palestinian was walking towards Bethlehem, and was at least twenty meters away from the nearest soldiers, when one of them shouted at him, and fired a live round, before other soldiers fired five more rounds.

He added that the soldiers then approached the Palestinian, before one of them kicked him to flip him over, and fired another round at him. “I swear to God; the young man had no weapon of any kind… he had no knives,

no weapons… nothing,” the eyewitness said.

The army said its soldiers “thwarted a stabbing attack,” and added that “the Palestinian “ran towards the soldiers while wielding a knife.”

In the Gaza Strip, the soldiers killed 16-year old Hussein Abu Hamisha Friday during a protest against the ongoing Israeli assault on the al-Aqsa Mosque in Jerusalem, and the deadly and inhumane conditions of the Israeli siege of Gaza.