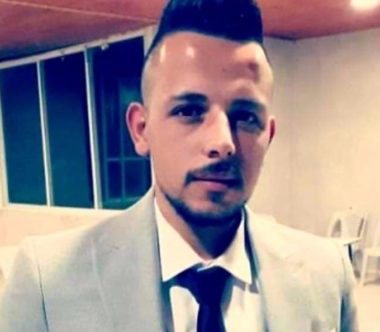 Israeli soldiers shot and killed, Monday, a young Palestinian man in the al-‘Arroub refugee camp, north of Hebron, in the southern part of the occupied West Bank.

Medical sources at the al-Ahli Hospital in Hebron said the soldiers shot Omar Haitham al-Badawi, 22, with a live round in the chest.

They added that the soldiers surrounded the refugee camp, and refused to allow the medics through, as they were rushing into it to provide treatment to several Palestinians, including al-Badawi.

Local then placed the seriously wounded Palestinian in a car and rushed him to the al-Mezan Hospital, in Hebron, where he died from his serious gunshot wound to the chest and the massive bleeding. The fatal shooting took place after the army resorted to the excessive use of force against dozens of Palestinians marking the fifteenth anniversary of the death of the late President Yasser Arafat, before several young men started throwing stones at the soldiers, stationed in the permanent military roadblock at the entrance of the refugee camp.

In related news, the soldiers attacked protests near the northern entrance of al-Biereh city, in central West Bank, causing dozens to suffer the effects of teargas inhalation.