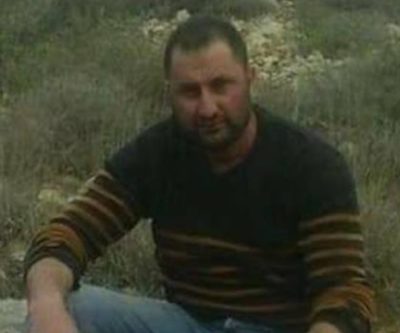 Israeli soldiers invaded, on Friday evening, the al-Mazra’a al-Gharbiyya village, northwest of the central West Bank city of Ramallah, killed one Palestinians and injured dozens, including eight who were shot with live fire, while the soldiers also assaulted journalists, and shot one.

Media sources in Ramallah said several army jeeps invaded the village, and attacked dozens of Palestinian protesters, who were holding a nonviolent procession against the Annexation Wall and colonies, leading to confrontations. 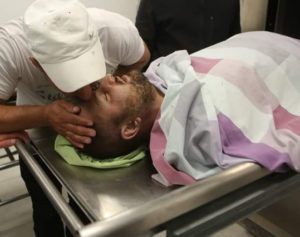 It stated that Ladadweh was shot with a live round in the upper thigh, but the bullet went through his spleen and liver, causing a very serious injury before he was rushed to the Istishari Hospital, where he succumbed to his wounds.

The soldiers also shot eight Palestinians with live fire, including one who suffered a serious gunshot wound in the head, and caused many others to suffer the effects of teargas inhalation.

Among the wounded is a journalist identified as Ahmad Shreiteh, who was shot with a live round in the thigh and suffered a moderate injury.

In addition, the soldiers fired gas bombs at media crews, and assaulted several journalists while trying to stop them from documenting the unfolding events.