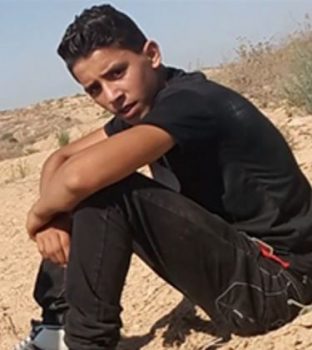 Israeli soldiers, stationed across the border fence, shot and killed on Friday, a Palestinian teen, east of the al-Boreij refugee camp, in central Gaza, and injured another in northern Gaza.

Dr. Ashraf Al-Qedra, the spokesperson of the Palestinian Health Ministry in Gaza, said the soldiers shot Abdul-Rahman Ahmad Dabbagh, 17, with a live round in the head.

Al-Qedra added that the medics tried to revive Dabbagh, but he died of his wounds in the ambulance while being moved to the Al-Aqsa Hospital.

He also stated that another young Palestinian was injured, during clashes that took place near the Nahal Oz military base, across the border fence, east of the Sheja’eyya neighborhood, east of Gaza city.

|B’TSelem: Soldier kills Palestinian teen who posed no threat by firing flare bomb at him across Israel-Gaza fence| Clashes took place close to border areas in the Gaza strip, while the soldiers fired many lives rounds, especially east of Gaza city, and east of the al-Boreij refugee camp.