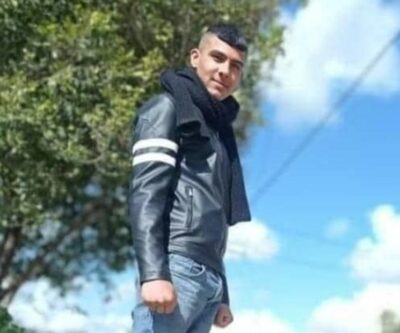 Israeli soldiers killed, earlier on Monday at dawn, a teenage boy, and injured at least twenty Palestinians during protests that erupted after many Israeli army vehicles invaded, on Sunday evening, Silat al-Harithiya town, west of the northern West Bank city of Jenin, to demolish a home.

The Palestinian Health Ministry has confirmed that the soldiers killed Mohammad Akram Abu Salah, 17, from the al-Yamoun town, after shooting him with a live round in the head.

The soldiers closed the town and prevented Palestinian medics from reaching the child for more than an hour before Palestinians managed to carry the corpse of the slain teen and took it to Ibn Sina governmental hospital in Jenin.

Mahmoud Sa’adi, the head of the Emergency Department of the Palestinian Red Crescent Society (PRCS) in Jenin, said the soldiers attacked ambulances and prevented them from reaching areas of protests to provide the needed treatment to the Palestinians.

He added that the soldiers shot more than twenty Palestinians with live rounds and caused dozens to suffer the effects of tear gas inhalation; one of the wounded Palestinians remains in a life-threatening condition. The invasion started on Sunday evening after the soldiers surrounded and isolated Silat al-Harithiya and closed all surrounding roads.

Several army jeeps, including bulldozers, invaded the town from different directions before the soldiers invaded many buildings and occupied their rooftops to use them as firing posts.

The soldiers also stormed the home of a political prisoner, identified as Mahmoud Ghaleb Jaradat, and started taking measurements of the property in preparation for detonating it.

Hours into the invasion, the Israeli Combat Engineering Corps wired and detonated the home of detainee Mahmoud Jaradat, at dawn before the army withdrew from the town.

The Israeli army claims that Jaradat fatally shot an Israeli colonist, identified as Yehuda Dimantman, 20, and injured another in a shooting attack in Mid-December of 2021, near Homesh evacuated illegal colony near Nablus in northern West Bank.