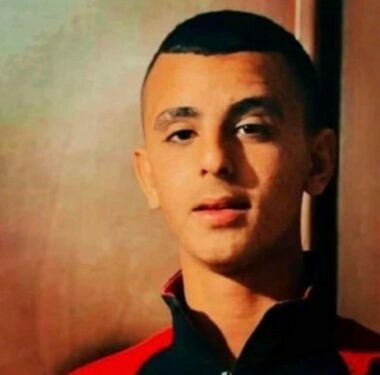 On Thursday evening, Israeli soldiers killed a teenage boy, seriously injured two others, and wounded three in Aboud village, northwest of Ramallah, in the central part of the occupied West Bank.

The Palestinian Health Ministry said it was officially informed of the death of Dia’ Mohammad Shafiq Rimawi, 16, at an Israeli medical center.

It stated that the soldiers shot two other teenage boys, causing moderate wounds, before Palestinian medics rushed them to a clinic in Beit Rima village, northwest of Ramallah; One was shot in the chest and the other in his leg.

Eyewitnesses said the soldiers left Dia’ bleeding on the ground without medical aid after refusing to allow Palestinian medics to approach him.

After his death, the corpse of the slain child was transferred to the Palestinian side and was moved to Palestine Medical Complex in Ramallah. His funeral procession is scheduled to be held Friday in Beit Rima.

One of Dia’s relatives said he, the oldest sibling in his family, was an eleventh-grade student at a school in Beit Rima and is the nephew of Wiliam Rimawi, imprisoned by Israel and serving a 32-year sentence.

According to the Health Ministry, the child’s death brings the number of Palestinians killed by Israeli soldiers and colonizers since the beginning of this year to 217, 165 of them in the West Bank and 52 in the Gaza Strip.