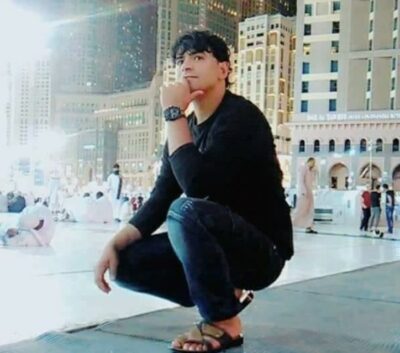 Medical sources at Darwish Nazzal Hospital in Qalqilia said the young was shot with a live round that went through his heart and exited from his back. The slain Palestinian has been identified as Yahia Ali Adwan, 27, from Azzoun; he was also a former political prisoner and has a brother who is imprisoned by Israel at the Negev Detention Camp.

The Israeli army first abducted Yahia in 2010 when he was only fifteen years of age and was imprisoned for ten months.

He was abducted again in 2013 and was released in 2016 after being imprisoned for 41 months.

He was also abducted for the third time in 2019 and was imprisoned for sixteen months, then abducted two more times in 2021.

The total number of years he spent in Israeli prisons and detention centers is seven and a half years.

Palestinian medics tried to revive the seriously wounded young man before rushing him to the hospital, where he was officially pronounced dead.

Dozens of armored military vehicles conducted the invasion before the soldiers fired many live rounds at the Palestinians to force them away, leading to protests. Azzoun is subject to constant Israeli invasions and violations by the Israeli soldiers who repeatedly storm and ransack homes, especially at dawn, and abduct many residents.

Late Friday night, Israeli sources reported that a security guard at the Ariel illegal colony in the occupied West Bank was shot dead by Palestinian fighters who managed to escape unharmed. As a result, the army and internal security initiated a massive search campaign.