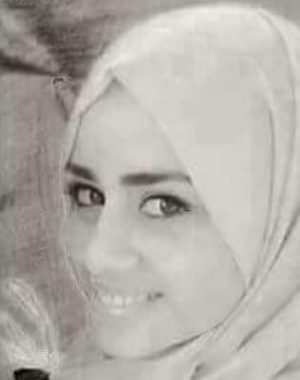 Israeli soldiers shot and killed, on Wednesday afternoon, a young Palestinian woman at the Za’tara military roadblock, south of the northern West Bank city of Nablus, after she reportedly attempted to stab soldiers manning the roadblock.

Israeli military sources claimed that the young woman attempted a stabbing attack against the soldiers, who shot her dead, before she could hurt any of them.

Following the shooting, the soldiers closed the military roadblock, preventing the Palestinians from crossing in both directions, while dozens of additional troops were deployed in the area.

Nasser Jawabra, the head of Aseera ash-Shamaliyya Local council, said that Raheeq was married to a Palestinian man who lives in the United States, and has no political affiliations. Jawabra added the young woman’s father works as a construction worker in Israel, and that the soldiers detained him as he was trying to cross the roadblock, heading back home, and being informed that his daughter was killed.