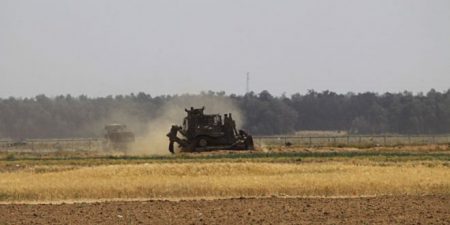 Israeli occupation tanks, on Wednesday morning,¬† carried out a limited incursion into Beit Hanoun town, in the northern Gaza Strip.

According to locals, four tanks have entered 50 meters into the region, and were reportedly leveling lands near the border, PNN reports.

Israeli forces carry such invasions frequently, in addition to daily attacks on fishermen and farmers.