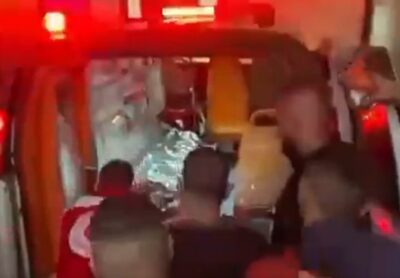 On Monday evening, the Palestinian Health Ministry confirmed that Israeli soldiers killed, at dawn, a teenage girl in Betunia town after shooting her with a live round in the head and added that the name published before was provided by the Israeli army and is incorrect.

In a brief statement, the Health Ministry said the slain girl has been officially identified as Folla Rasmi Abdul-Aziz Masalma, 16.

It said that the slain teen would have turned 16 tomorrow, Tuesday and that she was killed after the soldiers shot her in the head.

Her family is originally from Beit Awwa town, west of the southern West Bank city of Hebron, but lives in Al-Biereh city near Ramallah.

The Health Ministry said the soldiers took the body of the slain girl and initially provided the Palestinian Civil Affairs Committee with a name of another woman who apparently had nothing to do with the incident.

An eyewitnesses said, after shooting the girl, the soldiers took her out of the car while heavily bleeding, placed her on the ground and tore her clothes, before moving her to one of their jeeps.

He added that the soldiers fired at the car three times in a short time and said that the driver was shot and went out of the car heavily bleeding and raising his hands in the air.

“He was bleeding apparently from his hand, before he stepped out of his car with his hand up in the air. The soldiers and took him to one of their jeeps,” he said, “The girl was then taken out of the car and placed on the ground. She has bleeding when the soldiers carried her but dropped her on the ground, then carried her again, and took her to one of the jeeps that was at a distance.”

“They bought Shawarma and were driving away to eat it, this is how coldblooded their murder is!”, he concluded, “their blood was everywhere, including their shawarma…”

On Monday dawn, Israeli soldiers killed a young Palestinian woman in Betunia town, west of Ramallah, in the central part of the occupied West Bank.

Update: An eyewitness, Bakr Armoush, 30, told WAFA Palestinian News Agency that the attack occurred approximately at four at dawn when a military force was deployed in the area after invading it 30 minutes earlier to abduct two young men in the Schools’ Area.

He added that the car transporting the slain woman was driving slowly, and when the driver saw the soldiers approximately 200 meters away, he tried to back away before more Israeli soldiers, who were hiding in the dark, started firing at the car, which came to a complete stop.

“The soldiers then approached the car, took the woman who was bleeding from her head out of her head, placed her on a stretcher before dropping her, and lifted her again before placing her in a jeep and driving away,” Armoush said, “The Palestinians then went to the scene of the attack, and found blood all over the place in addition to meals she had in the car.”

The Palestinian Health Ministry said the slain young woman as Sana’ At-Till, 19, from the Ath-Thaheriyya town, south of Hebron, in the southern part of the West Bank. 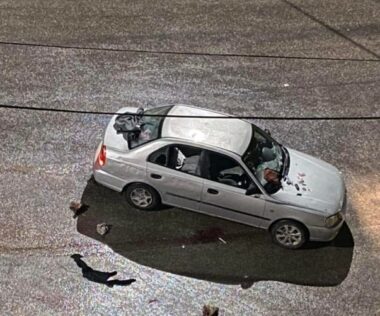 It added that the soldiers shot the young woman with a live round in the head when several army vehicles invaded Betunia.

According to the army, the soldiers were operating in the town and “signaled the driver to stop, but he accelerated before they opened fire,” wounding Anas, the driver, and killing the young woman in the same car, and added that it is reviewing the incident.

The army said it invaded Anata to arrest three “wanted” Palestinians from the town and one from nearby Betunia.

A surveillance video from the scene debunks the Israeli allegations and shows soldiers barricaded behind parked cars, opening fire at the car after the driver stepped on the brakes when he saw the army, and the car came to a complete halt.

The soldiers later handed the corpse of the slain young woman Palestinian medics in front of the Ofer military base before they moved her to the Ramallah governmental hospital.

The head of the Palestinian National Council, Rawhi Fattouh, denounced the Israeli crime in Betunia and said the soldiers, encouraged by incitement and racism from the Israeli political leadership, are ongoing with their crimes against the Palestinian people, knowing well there will be no accountability.

Late Sunday night, Israeli Ynet News said the soldiers shot a seriously wounded a man after they suspected that he intended to attack them and added that another man was slightly injured, but later the police said it didn’t suspect they intended to carry an attack out. No further information was released.

Israeli Channel 7 News said the man (nationality not released) was mentally ill and was shot after attacking a traveler waiting for a bus in Ra’anana, in the Central District.