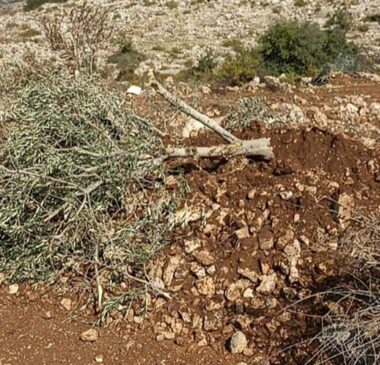 He added that the soldiers uprooted at least 2000 olive trees, sprayed chemical toxins on hundreds of Dunams of Palestinian farmlands, and demolished retaining walls.

The attack targeted 300 Dunams of land and lasted for about five hours before the soldiers took the uprooted trees and sprayed olive and almond saplings and grapevines with toxins.

The attack has been the second of its type since January of 2021 when the soldiers uprooted over 3000 olive trees in Deir Ballout town, west of Salfit.