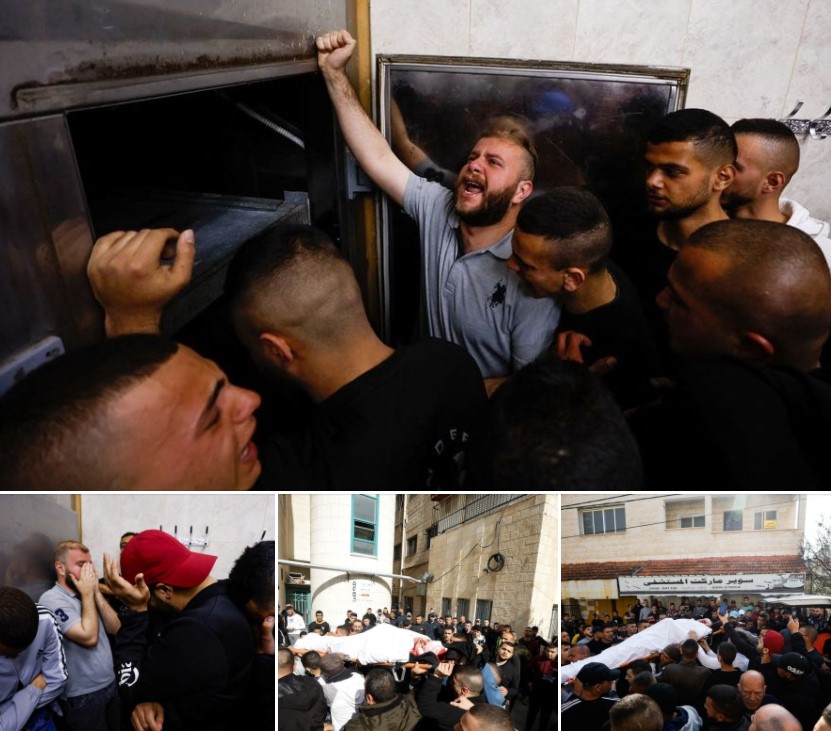 The soldiers also shot more than fifteen Palestinians with live fire, including three who suffered life-threatening wounds to the upper body, especially the chest and head.

At least one Palestinian suffered moderate-to-severe wounds, many others were shot with rubber-coated steel bullets, and dozens suffered the effects of tear gas inhalation.

During the early dawn invasions into Jenin and Jenin refugee camp, Palestinian resistance fighters exchanged fire with the soldiers, including undercover officers.

The Israeli army also fired many gas bombs in the vicinity of the Jenin governmental hospital, including in areas of intensive care units and rooms filled with incubators for premature babies, causing many Palestinians to suffer the effects of tear gas inhalation and severe anxiety attacks.

Palestinian Health Minister Dr. Mai Al-Kaila called on immediate intervention by the International Community to help the Palestinians, to end the ongoing Israeli violations of basic rights and International Humanitarian Law, and hold the occupation government accountable for these crimes.

Israeli Ynet News said one soldier was slightly injured during the firefight and was airlifted by helicopter to Rambam hospital in Haifa.

Ynet added that the invasion started overnight Thursday, continued throughout the morning hours, and said the invasion is part of what it called “wider operations involving hundreds of troops in the northern West Bank,” aimed at arresting Palestinians suspected of planning attacks and those suspected of aiding the deadly Tuesday shootings in Bnei Brak, in Tel Aviv.

In related news, an illegal paramilitary Israeli colonizer fatally shot a Palestinian, Nidal Jom’a Ja’afra, 30, who reportedly stabbed another colonizer at a bus stop near the illegal colony of Efrat, built on stolen Palestinian lands, south of Bethlehem in the occupied West Bank.

On Wednesday evening, Israeli Prime Minister Naftali Bennett called on all Israelis who have a license for a firearm “to carry their weapons,” and announced the formation of a new Border Police Brigade.