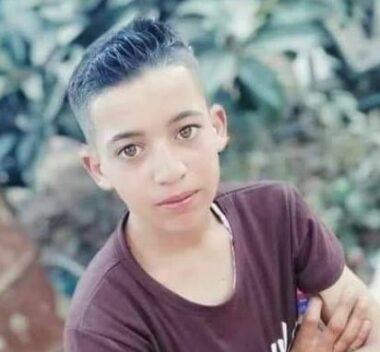 Israeli soldiers killed 48 Palestinians, including two women and eight children, during the ongoing and escalating violations against the Palestinian people, in the year 2020, the Martyrs’ Families Coalition has reported.

Mohammad Sbeihat, the secretary of the coalition, has reported that, despite the difficult conditions in 2020, mainly due to the coronavirus pandemic, Israeli soldiers have escalated their attacks and violations against the Palestinian people, their homes and lands, and their holy sites.

Sbeihat stated that the soldiers have killed 48 Palestinians, all of them civilians and not members of any armed resistance group, and added that besides the eight children and the two women, the soldiers also killed one Palestinian with special needs.

A: Two of them were women.

D: Eight children were killed, the youngest Ali Ayman Abu Alia, 13, and was killed on December 4th in the al-Mughayyir village, near Ramallah.

E: The oldest Palestinians is Sa’adi Mahmoud al-Gharabily, 75, from Gaza city, who died in Israeli prisons on July 8th due to medical neglect, after spending 26 years behind bars.

Israel is still holding the remains of thirteen Palestinians who were killed in 2020, which brings the number of corpses Israel has been holding over the last five years to 73, in addition to 254 who have been buried in the “Numbers Graveyards” since the year 1968.