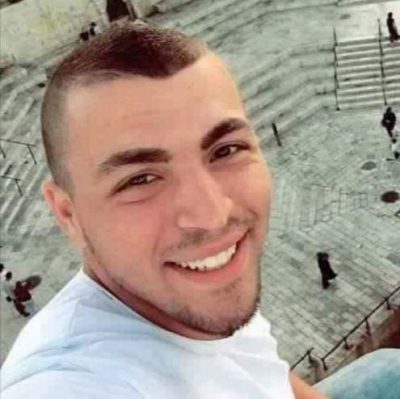 Israeli soldiers fatally shot, on Tuesday evening, a young Palestinian man in Silwan town, south of the Al-Aqsa Mosque in occupied Jerusalem, after the army invaded the town, and clashed with many youngsters who hurled stones at their vehicles.

The Wadi Hilweh information Center in Silwan (Silwanic) said the young man, Ali Atef Shiokhi, 20, was shot with a live round in his Pelvis, and that he bled to death as the medics were unable to move him to the hospital due to the extensive military siege on the town.

The Palestinian was a former political prisoner who was only released from an Israeli detention center earlier this year, after being held for 15 months.

His funeral was held just two hours after his death, with the participation of dozens of residents. Medical sources said a young man was shot with a rubber-coated steel bullet in his eye, while dozens of residents suffered the effects of teargas inhalation.

The soldiers closed the neighborhood, attacked dozens of residents and cars, before invading and ransacking many homes belonging to members of the al-Abbassi family, in addition to assaulting Khalil al-Abbassi, 60, and his Abed, causing various cuts and bruises.

The Red Crescent in Jerusalem said its ambulances and medics were repeatedly stopped by the army, and that one of its ambulances was searched eight times by the soldiers who invaded Silwan.