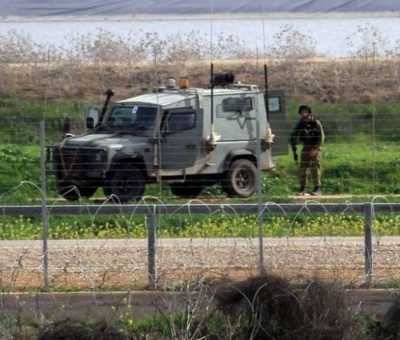 On Wednesday morning, Israeli soldiers, stationed across the border fence, fired many live rounds targeting farmers in Palestinian lands, close to the border fence, along the eastern area of Khan Younis, in the southern part of the Gaza Strip.

Eyewitnesses said the soldiers, manning military towers across the border fence, fired at farmers and bird hunters, in Palestinian lands in the towns of al-Fakhari, al-‘Amour, Abasan al-Kabeera, Abasan al-Jadeeda, at-T’eimat, al-Qarara and Sreij in addition to the Najjar neighborhood.

The attacks did not lead to casualties among the Palestinians, but forced them out of their lands in fear of further military fire.

In addition, the soldiers invaded, late on Tuesday at night and early Wednesday, several districts in the occupied West Bank, broke into and violently searched many homes, kidnapped nine Palestinians, including a woman from Jerusalem, and injured another woman.