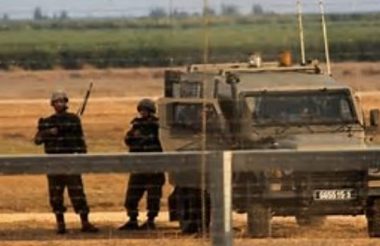 Israeli soldiers fired, on Saturday evening, dozens of live rounds at homes, close to the border fence, east of Khan Younis, in the southern part of the besieged and impoverished Gaza Strip.

The sources added that the soldiers also fired several flares in the area, but did not invade the Palestinian lands.

On Friday, Israeli navy ships opened fire on several Palestinian fishing bats, in Palestinian territorial waters in three areas, in the southern and northern parts of the Gaza Strip.