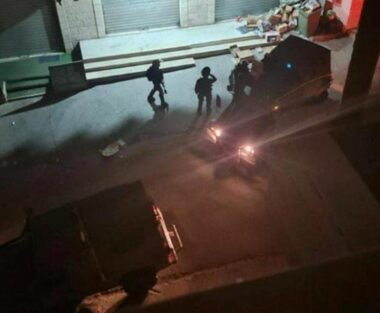 They added that the soldiers shot a young man with a live round in the thigh before Palestinian medics rushed him to a hospital in Bethlehem.

On Saturday night, the soldiers invaded the Wad al-Hariya area in Hebron, in the southern part of the occupied West Bank, before installing roadblocks.