Israeli Soldiers Shoot A Palestinian While Driving Near Ramallah 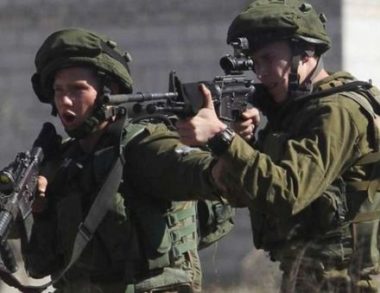 Media sources said the soldiers installed a military roadblock at the western entrance of the town, and fired live rounds at many cars nearly 400 meters away, without any cause of justification.

They added that the Palestinian was injured, before the medics, who rushed to the scene, moved him to a hospital in Ramallah.

The soldiers also fired several live rounds at a Palestinian ambulance, driving in the same area.