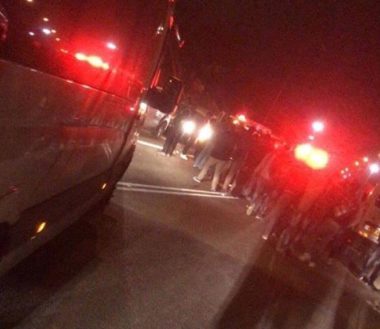 Israeli soldiers rammed, on Sunday evening, two young Palestinian men near the northern entrance of al-Biereh city, in the central West Bank governorate of Ramallah and al-Biereh, and abducted another Palestinian near Qalandia terminal.

Eyewitnesses said the two were driving a motorcycle when a speeding army jeep rammed them, during an invasion into the area.

They added that Palestinian medics rushed to the scene, provided the two with the urgently needed treatment, before moving them to a hospital in the city.

In addition, the soldiers, stationed at Qalandia Terminal, south of Ramallah, abducted a young man, identified as Essam Halabi, and took him to an unknown destination.