Israeli Soldiers Shoot and Injure Palestinian at Checkpoint Near Jenin 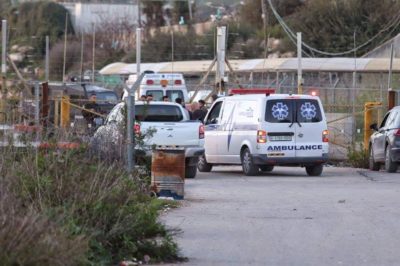 A Palestinian man was shot and severely wounded by Israeli forces stationed at the Salem military roadblock near Jenin, in northern West Bank.

The man is in his fifties, and after he was shot in the lower extremities, before he was taken into custody by the army. No injuries were reported among the soldiers.

Although Israeli military sources claim that the man threw a flaming object toward the soldiers at the checkpoint, that was not confirmed by local sources and eyewitnesses.

It should be noted that Israeli forces often make false claims about Palestinian civilians that they shoot at checkpoints, which are later retracted when proven to be false.

Following the shooting, the Israeli forces shut down the roadblock, leaving hundreds of Palestinians stranded, with no way to reach their destinations in the northern West Bank.