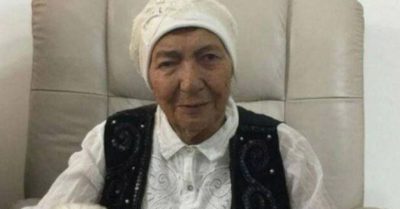 An 89-year old woman, identified as Rifqa Jamil, died Sunday of wounds sustained two months prior when Palestinian fighters fired shells into her area. Jamil fell while running to a bomb shelter, and injured her back.

Since that time, Israeli medical sources report that her condition severely deteriorated, and she died on Sunday.

According to a statement from the hospital, “During her hospitalization at Barzilai Medical Center, other problems relating to her health arose which, as a result of her condition gradually deteriorated”.

Jamil was a resident of Ashkelon, a city on the coast of southern Israel which was once home to tens of thousands of Palestinian families who are now refugees in the walled-in Gaza Strip.

She was also the widow of an Israeli soldier, who was killed during the Israeli 1973 War against Palestinians and Arab states.

Her injury was sustained during the escalation two months ago, in which Israeli forces killed dozens of Palestinians through airstrikes and mortar shells, and Palestinian fighters responded by firing shells into Israel, killing three Israeli civilians.