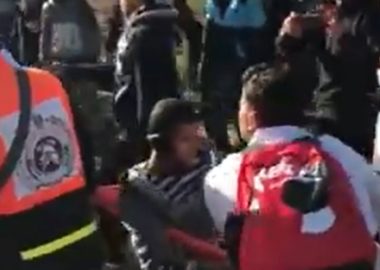 Media sources said the soldiers, stationed in their sniper ports on sand hills across the perimeter fence, fired many live rounds at the Palestinian protesters, wounding four with live fire.

The four suffered moderate wounds, and were rushed to the Shifa Medical Center, in Gaza city.

They added that the soldiers also fired many high-velocity gas bombs, causing dozens of Palestinians to suffer the effects of teargas inhalation.