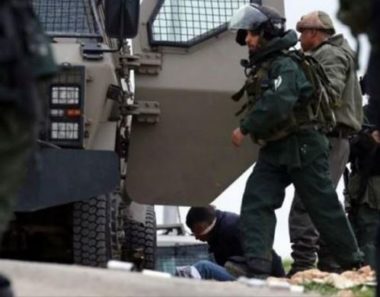 The Palestinian Prisoners Society (PPS) has reported that Israeli soldiers abducted, Wednesday, ten Palestinians from their homes, in several parts of the occupied West Bank.

In Ramallah, in central West Bank, the soldiers abducted Omar Abu ‘Aadi, from his home, after breaking into it and searching it.

In Jerusalem, the soldiers abducted Mohannad Edrees, who works as a guard of the Al-Aqsa Mosque.

The soldiers also invaded Halhoul town, north Hebron in southern West Bank, and shot two Palestinians with live fire, including one who suffered life-threatening wounds, in addition to causing many to suffer the effects of teargas inhalation.