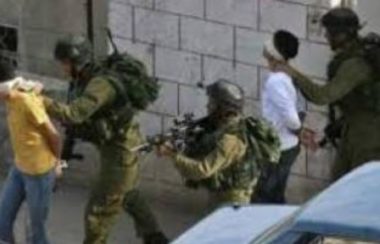 Israeli soldiers abducted, Wednesday, three Palestinians from their homes in Bethlehem governorate, south of occupied Jerusalem in the West Bank.

The soldiers also invaded Halhoul town, north of the southern West Bank city of Hebron, and shot two Palestinians with live fire, including one who suffered life-threatening wounds, in addition to causing many to suffer the effects of teargas inhalation.