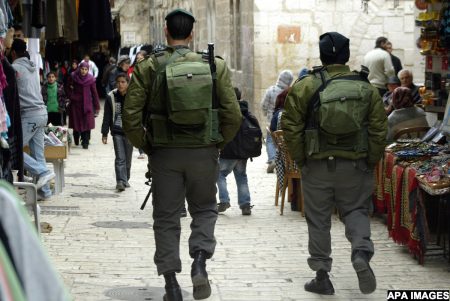 The PPS office in Jenin city, in northern West Bank, said the soldiers abducted a young man, identified as Mohammad Sobhi Jabarin, from Jenin refugee camp, after summoning him for interrogation in Salem military and security base.

In addition, the soldiers abducted a guard of the Al-Aqsa Mosque in Jerusalem, identified as Mohannad Edrees, as he was leaving the holy site.

The Palestinian was taken prisoner after the soldiers stopped him near the Council Gate (Bab al-Majlis) and was moved to an interrogation facility in the Old City.

His abduction came just one day after the soldiers detained another guard, identified as Ehab Abu Ghazala, while leaving the mosque through the Gate of the Tribes (Bab al-Asbat.)