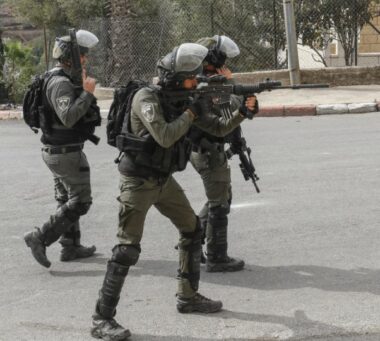 On Tuesday, Israeli soldiers shot three Palestinians, including one child, with expanding bullets in Al-Biereh city, in the central West Bank. The soldiers also injured six Palestinians near Nablus.

They added that the soldiers shot three Palestinians, including one child, 14 years of age, with expanding bullets to their legs, before the medics rushed them to a hospital suffering moderate injuries.

In related news, the soldiers invaded Osarin village, south of the northern West Bank city of Nablus, leading to protests before shooting one Palestinian with a rubber-coated steel bullet and causing five to suffer the effects of tear gas inhalation.