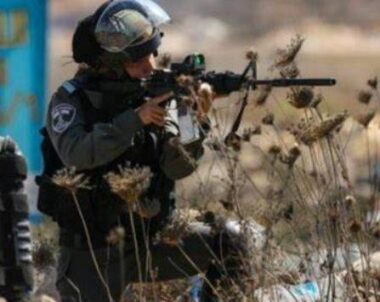 Eyewitnesses said the soldiers invaded the town, and opened fire at Palestinian workers, wounding two of them, before the army called for an ambulance and took them to an Israeli hospital.

They added that the injured Palestinians were working at a car paint shop when the soldiers invaded the town and shot them, before confiscating a car.

In related news, the soldiers installed roadblocks at the main entrance of Bir Nibala, in addition to Qalandia Bridge.

The roadblocks lead to traffic jams extending several kilometers, especially since the closed roads lead to about ten villages and towns in the area.