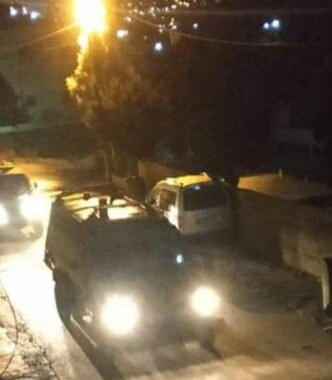 The Israeli army claimed that the two Palestinians attempted to throw a Molotov cocktail at the military roadblock, close to Kochav HaShahar illegal colony, built on Palestinian lands, northeast Ramallah.

The two Palestinians were shot close to “Rimonim” junction, near the illegal colony northeast of Ramallah.

In related news, several army jeeps invaded the ath-Thahra neighborhood in the al-‘Isawiya town, in occupied Jerusalem, and opened fire at Palestinian protesters.

The army said a protester also threw a Molotov cocktail at one of the military vehicles in the neighborhood.