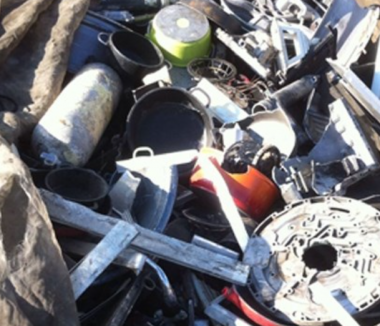 The Israeli army said it stopped, on Tuesday at night, a truck at a military roadblock, south of occupied East Jerusalem, and located a large weapons’ cache of M-16 rifles and magazines, hidden underneath trash and used construction materials.

Israeli sources said the soldiers stopped a truck at a military roadblock near al-Walaja town, west of Bethlehem, while it was on its way to Hebron, in the southern part of the occupied West Bank, and searched its contents before locating the weapons.

The sources added that the soldiers confiscated the truck to conduct a more thorough search, and arrested the driver, a Palestinian from Jerusalem, in addition to Sa’adi Mohammad Abu Jheishe, 26, from Ethna town, south of Hebron, who was accompanying the driver.

On Wednesday at dawn, the soldiers abducted Sa’adi’s brother, Sufian Mohammad Abu Jheishe, 34, from his home in Ethna. The three Palestinians were moved to interrogation centers in Jerusalem.