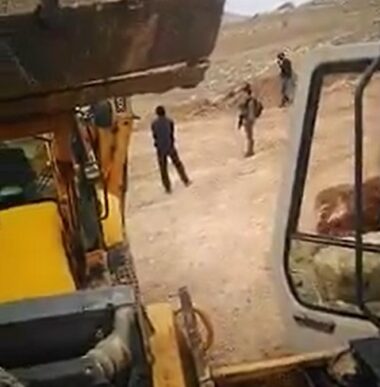 Israeli soldiers invaded, Thursday the al-Lubban ash-Sharqiya village, south of the northern West Bank city of Nablus, and stopped the rehabilitation work of a road, in addition to confiscating a bulldozer.

The Mayor of al-Lubban ash-Sharqiya, Ya’coub ‘Oweis, stated that the soldiers attacked workers, and pointed their guns at them, before confiscating a bulldozer.

He added that the workers were rehabilitating the road as part of a project which was initiated by the Village Council a month ago.

‘Oweiss stated that the last town the road was rehabilitated and paved was in the year 2005 without any obstructions by the Israeli army.